CaliforniaCarbon.info, 05 November 2013: Entities and facilities mandated to report their greenhouse gas emissions have reported a 2% increase in the emissions in 2012. The total emission reported by the California-based facilities increased by 12% while emission attributed to electricity imports and fuel suppliers fell by 1.4%. 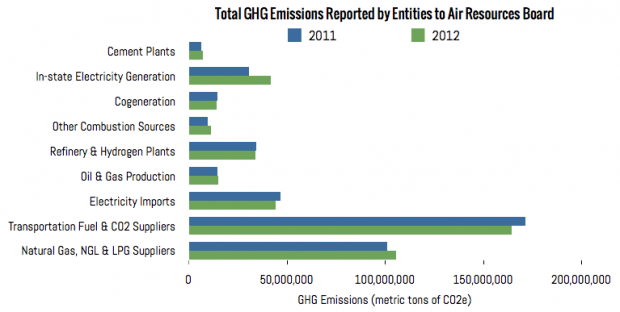 According to the Air Resources Board, the increased emissions noted in some other sectors may be attributed to the fact that about 100 new facilities have been brought under the mandatory reporting rule.

The prices of California Carbon Allowances (CCAs) in the secondary market showed little to no immediate response to this data. Prices of most of the benchmark instruments dropped marginally by about 2 cents.

For more information about this article, mail to: contact@californiacarbon.info