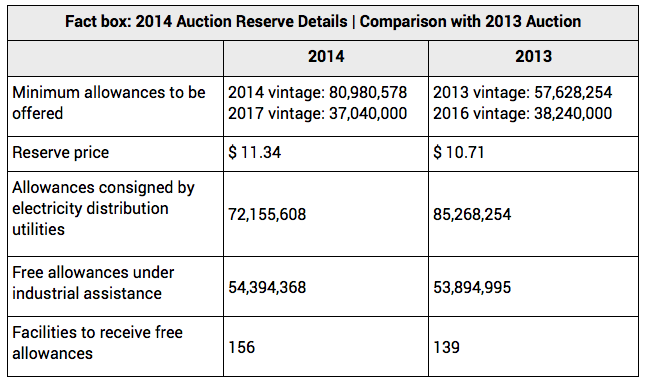 Following completion of the last auction of 2013 last week, prices of ICE-listed emission allowances of 2014 vintage with delivery dates in December 2014 jumped sharply by about 1.6% to end the November trading at $12.28.