Climate Connect News, London: Climate Action Reserve has developed an agriculture sector Nitrogen Management Project Protocol (NMPP) to provide guidance on how to quantify, monitor, and verify greenhouse gas emission reductions from improving nitrogen use efficiency in crop production. The protocol is available for public review and comment. The protocol will be considered by the Reserve Board in June 2012. 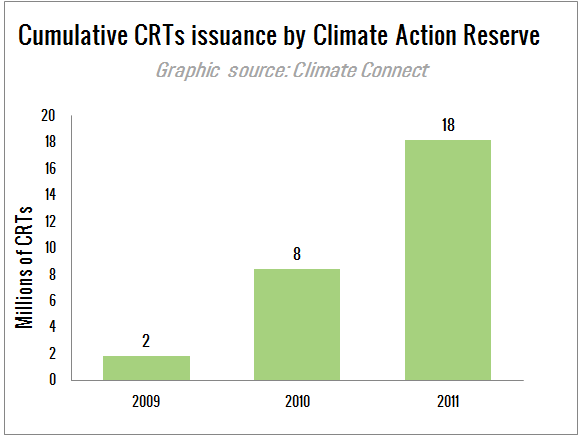 Under the project protocol, the nitrogen management project must be in US and US tribal areas and should start within 6 months prior submission. Also, the crediting period for fields under the protocol is defined as five eligible crop years, which may occur over a period of up to ten years.

According to the protocol, projects will be registered will be that yield surplus GHG reductions which are additional to what would have occurred in the absence of a carbon offset market. Company has developed two tests: Performance Standard Test and Legal Requirement Test which the projects are expected to pass. To access the protocol document: click here.

The Climate Action Reserve is a national offsets program working to ensure integrity, transparency, and financial value in the U.S. carbon market. The Reserve establishes regulatory-quality standards for the development, quantification, and verification of greenhouse gas (GHG) emission reduction projects in North America; issues carbon offset credits known as Climate Reserve Tons (CRT) generated from such projects; and tracks the transaction of credits over time in a transparent, publicly-accessible system.

OPINION: Planting trees is good, but cutting emissions is better

OPINION: Buying carbon offsets for your home or business is so cheap and ea...