Emissions from CP2 California sectors decline by 1.6% in 2014, in line with CaliforniaCarbon.info forecast

Furthermore, entities may use offsets and true-up allowances to meet a portion of their obligations. Last year, 1,687,432 offsets and 1,758,738 true-up V2015s were surrendered. This leaves a carry-over long position of 34.5 million at the end of the first compliance period, in addition to whatever amount of offsets was used for this month’s surrender. As has been reported in various channels, the biennial surrender fell short of 100% compliance by some 500,000 tCO2e. As a penalty for non-compliance, instruments equal to 2,000,000 tCO2e need to be surrendered by mid-December this year, which could slightly shorten the stated oversupply. 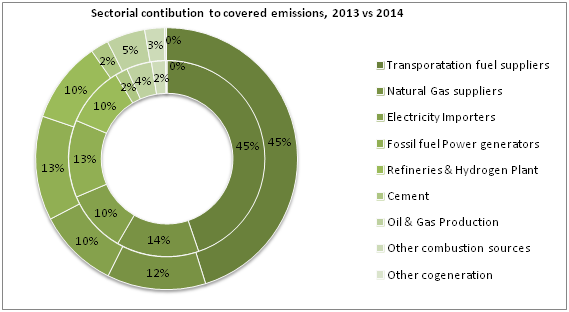 “The trends in these emissions suggest California is on a path to de-couple economic growth and emissions,” says Chandan Kumar, an economist at Climate Connect who built CaliforniaCarbon.info’s 2030 WCI carbon forecast model based on energy consumption trends in California and Quebec, “Increased uptake of renewable energy and decline in natural gas consumption, as well as the marginal decline in transport fuel consumption in California, resulted in lower emissions in 2014.” 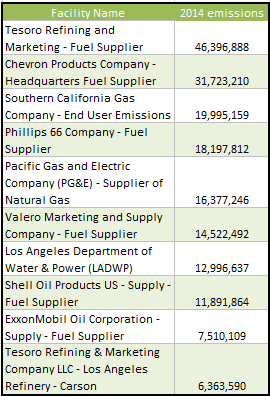 Weekly Commentary: Relief floods the ICE as news of the $2 trillion stimulus drives a mark...

Weekly Commentary: COVID-19, state-wide lockdown and a Black Friday at the InterContinenta...

Weekly Commentary: Market participation soars to an astounding 56.3 million tons on the IC...

OPINION: Why The Fed Will Go Negative

OPINION: A crisis we accept is an adventure

Weekly Commentary: Relief floods the ICE as news of the $2 trillion stimulu...

California Carbon Opinion: Coronavirus and its impact on Carbon Markets