CaliforniaCarbon.info: The Biden-Harris win set forth a new era of climate policy that could alter California’s cap and trade program. The new administration with its re-entry in the Paris Climate Accord has yet to reform the Nationally Determined Contribution. Some feel that the targets for the NDC should dictate a command-and-control regime on the price of carbon, there are recommendations for a diminished role for Compliance Offsets. These dynamics pose potential restrictions or limitations for the Cap-and-Trade program.

This article evaluates these shifting dynamics, and how they might influence Cap-and-Trade regulation in California. These have been gathered and developed from interviews with seasoned experts, including Keith Casto – Cooper, White and Cooper, Brook Detterman – Beveridge & Diamond and Jon Constantino – Tradesman Advisors.

The US departure from the Paris agreement, which came into effect on 4th November 2020, was overturned by President Biden on his first day in office. The new administration is expected to reform its Nationally Determined Contribution and present it at a summit in April. On the 27th January, President Biden signed Executive Order 14008 acknowledging the depth of the climate crisis, and recognizing the opportunity that it has created. In EO 14008 “Tackling the Climate Crisis at Home and Abroad”, he writes “Together, we must listen to science and meet the moment”. Such words have been sorely missed by many over the last four years of US leadership.

The Executive Order prioritizes Climate in Foreign Policy and National Security, and on a sub-national level proposes a government-wide approach to the climate crisis. The EO pauses new oil and natural gas leases on public lands pending comprehensive climate risk reviews. Government agencies are to ensure that federal funding is not directly subsidizing fossil fuels. Additionally, fossil fuel subsidies are to be eliminated from the budget request for the Fiscal year 2022 and beyond. The order places environmental justice as a high priority and acknowledges it as a key consideration in governance. Nowhere is there reference to the WCI Cap-and-Trade program.

The order gives life to the White House’s Office of Domestic Climate Policy to ensure that domestic climate-policy decisions and programs are consistent with the President’s stated goals and that those goals are being effectively pursued. Keith explains that the new administration is heavily inclined towards changing existing requirements to incorporate Environment Justice concerns at the federal level.

On 2nd December 2020, several Environmental Justice advocates along with former members of CARB’s Environment Justice Advisory Committee (EJAC) wrote a letter to the Biden-Harris transition team, objecting to the candidacy of Mary Nichols as Administrator for EPA. Mary Nichols had recently completed her tenure as Chairperson of the California Air Resources Board. In their letter, they stated that CARB had disregarded key recommendations of the environmental justice bodies and thus omitted them from the Scoping Plan. The effects of AB 398 in reducing the role of offsets and requiring Direct Environmental Benefits was seen as an imperfect compromise by EJ groups.   Also, in 2018 when the Independent Emissions Market Advisory Committee (IEMAC) presented a flaw in the accounting of forest carbon offset credits, they requested an independent review of the methodology which was denied by CARB. EJAC maintains its opposition to Offset credits as a tool for promoting polluters to avoid further emissions reductions from operations. Mary Nichols has always been a strong supporter of market mechanisms, and the role of offsets within programs. Whilst we are uncertain of the weight of that EJAC letter, the eventual appointment of Michael Regan, rather than Mary Nichols, could be well-be related to these EJ concerns. Michael Regan was confirmed by the Senate as the 15th EPA administrator after a vote of 66-34.

“We realized we needed to strengthen our environmental justice process and underscore it as a key priority for CARB. This is a direct commitment to addressing equity and justice all the way at the top of the organization.” – Executive Officer Director Richard Corey.

Potential threats to the program

California has received over 108 waivers on the Clean Air Act to set its standards higher than the Federal Level. Through four years of the Trump administration, the program has faced repeated federal challenges, after strong defence from a range of advocates, the California program has emerged unhindered. However, this time the challenges to the program are likely more influential, as these challenges originate from groups that also support an equitable environmental transition. They are inside the cause, albeit pulling in different directions to that which has previously been pursued by ARB. Some in the EJ lobby would push to eliminate offsets from WCI Cap-and-Trade, this would severely tighten the market, and cause prices to rise faster and sooner than in the status quo. Whilst others in the EJ lobby do not believe in the carbon market’s ability to decarbonise the economy and would scrap the program altogether, in favour of more command-and-control measures. On balance, we believe the latter option is extremely improbable for California. And whilst it’s possible that offsets may be removed from the program post-2030, more probable is ‘further tinkering’ to usage limits, DEB rules, and other such alterations.

The key question for Environmental Justice groups is whether the program has a disproportionate effect on socioeconomically disadvantaged communities (DAC’s). Kevin Tempest (2021) breaks down the key findings of a study titled “Carbon trading, co-pollutants, and environmental equity: Evidence from California’s cap-and-trade program (2011-2015).” The study finds that facilities under Cap-and-Trade are disproportionately located in disadvantaged communities. And that most facilities (52%) reported higher annual average local emissions after the start of trading. However, a substantially larger population experienced decreasing emissions from nearby facilities. And while the overall trend of emissions in the program is in decline, the trends across facilities belonging to different sectors may not be similar. This could affect frontline communities differently. As such the results of the study were found inconclusive in whether the cap-and-trade program disproportionately affects DAC’s.

The support for the program continues. Keith points out that industries like Oil and Gas support a Cap-and-Trade market mechanism over an “unimaginative” carbon tax that the Environmental Justice groups propose. In sum, as of now, the program has far more supporters than detractors within the state.

Keith explained that critics see this as a means to enforce emission limitations based on those targets, representing a covert shift towards a command-and-control regime, as opposed to proper use of the market mechanism. He suspects that the passage of SB 260 would have a direct impact on the allowance market with the inclusion of more entities and independent emission reduction targets. The bill has a strong chance of passage with most democrats in favour.

Whilst the Cap-and-Trade program is here to stay, there are worries over alterations to the program like the passage of SB 260, adjustments of the Offset usage limits in the upcoming Scoping Plan Process, or the reformed NDCs.

To measure the risk of adjustments to the Offsets usage limits, we created two scenarios for a carbon price in the post-2030 WCI compliance market, we also keep a baseline status quo. In this exercise, we contemplate whether offsets represent a successful cost-containment mechanism or a slow down of the pace of decarbonization.

Offsets may prove to be an effective cost-containment mechanism, all the while allowing the invisible hand of the market to drive down emissions. While the cost of carbon is currently lower than recommended levels as per the Paris agreement, CARB may be apprehensive of prices moving beyond $70. A price point of $50 would reasonably increase leakage risk, but also put sufficient pressure on facilities to speed up the deployment of abatement technology. Also, considering that reductions in sectors like electricity generation may get maxed out by 2030, through energy efficiency or economically switching over to renewable generation and imports, increasing the usage limit could help to control prices in the effort towards net-zero.

Rational Investor Influence: The price of allowance in our model is dependent on a balance of supply-demand in the market. When annual shortage converts to a cumulative shortage, the price of carbon rises up. A rational investor would be aware of a developing shortage and buy ahead of the market. Therefore, as the market internalises the shortage ahead of time, we expect that the elevation in price would be smoother than as represented by our model.

In our likely scenario, where we carry forward all goals and regulations set forth in the current guidelines, a price jump to $60 occurs in 2026. Under the max offset scenario, that same price jump is delayed until 2028. The real difference in pricing arrives post-2030. Under the no offsets scenario, the price reaches the $140 level by 2036, whereas it is still beneath $120 for the other two scenarios. The max offset scenario provides an $80 cost containment up to 2034 and a gradual increase to $110 by 2037.

What this modelling does show is the limitations of the impact on changes in the offsets program. The ‘Max Offset’ and ‘No Offset’ scenarios represent fair extremes to the range in outcomes that can result from this regulatory debate. Even under these two extremes, the price path still follows a reasonable channel upwards. In all cases, the price crosses above $70 before 2030, and there is a 3.5-year difference when the price crosses the $100 mark. It is utterly crucial to remember: this is more a matter of relative timing than of absolute difference. 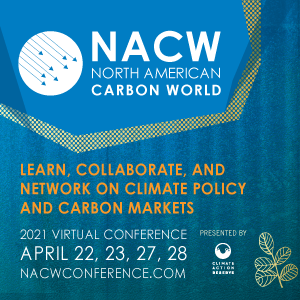