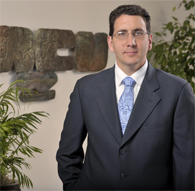 In an exclusive guest feature for CaliforniaCarbon.info, policy expert and founder of Tradesman Advisors, Jon Costantino, provides an insightful take on California Air Resources Board achievements in the past and what we can expect a year down the line for cap and trade.

On a recent December Thursday in Sacramento, the 14th to be exact, the California Air Resources Board (CARB) adopted an important climate change document. This has become an almost regular holiday-season occurrence in California’s capital. Whether it is the adoption of a new Scoping Plan, or the adoption/amendments to the agencies influential Cap and Trade program, the second or third Thursday in December seems to always provide the world a gift of public process and drama. This year it was time for California’s 2017 Climate Change Scoping Plan, and as learned, next year it will be Cap and Trade’s turn again.

This tradition of regulatory and public process started in 2008, about two-years after the signing of AB 32, The California Global Warming Solutions Act of 2006. That year the magic date was December 11th when the original AB 32 Scoping Plan was finalized. And as a special bonus, ARB (as there were known back then) threw in adoption of the Strategic Plan for Enforcement of Diesel Emission Control Regulations. One could argue that those two back to back agenda items changed the face of a major world economy.

The next December CARB (as they are officially known now after a 50-year anniversary rebranding earlier this year) adopted the Truck and Bus Rule. Another massive regulatory effort targeting diesel pollution, but as we later learned is also a climate regulation in disguise (Black Carbon is a Short-Lived Climate Pollutant).

By 2010, CARB was ready to adopt the centerpiece of its climate program, the Cap and Trade Regulation. That year’s festivities occurred on the 16th and its drama wasn’t provided by the oil industry as may have been expected, but rather the opposition to the program’s treatment of forests in the accompanying offset protocol.

In both 2008 and 2010, the list of speakers was long, the staff was tired and in the end, the Governor was the winner. Fast forward a few years, with each December bringing another year-end item of importance, to 2017. The adoption of the 2017 Plan was delayed by over a year as the public process stretched to a whopping 24-months. During those intervening days, the world around CARB staff had changed considerably. The three most notable changes were:

1. the environmental justice stakeholder’s voice became refined,
2. the California Legislature re-engaged in climate oversight by passing a number of important bills (SB32, SB 1383,AB 197, AB 398, AB 617), and
3. the occupant of 1600 Pennsylvania Ave NW changed from a friend to a foe.

The result of these three changes could be seen in the revised plan and Staff’s presentation to its Board. The content of almost every slide could be traced back to one of these three points—how did it impact EJ communities, how did it respond to recent legislation, or how did it send a message to Washington DC.

As with all the December’s before, the drama ended with the testimony because the final step in the process has always been a supportive board, led by a capable chairman, who is backed by a passionate Governor. This year’s vote was again unanimously approval.

But this year’s adoption came with a promise. That promise can be found in the adopting resolution and directs staff to come back in December 2018 with amendments to implement the 2030 Cap and Trade program. It is an aggressive timeline, but the only one that ensures one final vote under the current Governor. By January 2019, the resident of 1526 H St (California Governor’s Mansion) will also have changed.

In conclusion, I would like to wish all those that have spent the last two-years working on this process a very happy holiday season and suggest they get some rest, because 2018 will be busy. See you next December, and thanks to CARB we can already mark our calendars in 2018 for the 13th of December. (I know mine is already held)

Jon Costantino oversaw the development and publication of the original AB 32 Scoping Plan when he served as Climate Change Planning Manager at the ARB. He is currently the owner and principal at Tradesman Advisors in Sacramento. Tradesman Advisors provide West Coast regulatory consulting and advocacy for clients in the areas of climate change, clean energy and other environmental issues. Mr. Costantino can be reached at (916) 716-3455, or jon@tradesmanadvisors.com.