CCC vs ARB – A Prophet’s view of the Courtroom 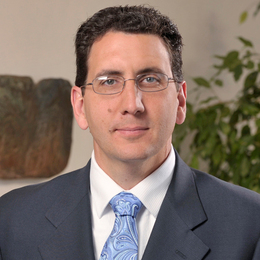 In a packed Courtroom yesterday in Sacramento, the latest twist of the Californian climate narrative played out: the Appeals Court heard the oral arguments in the pivotal Air Resources Board vs California Chambers of Commerce auction case. CaliforniaCarbon.info spoke to climate law specialist Nico Van Aelstyn of Beveridge and Diamond, and long-running legislative and regulatory Jon Costantino from Tradesman Advisors to get the closest reads on this latest development.

Whilst oral argument is not the same as a decision, it gives useful clues of the Justices’ thinking, or as Nico explained “It’s a matter of reading tea-leaves”:

From Nico’s perspective: “Elena Duerte, appointed by Gov. Schwarzenegger, was pretty clearly in support of ARB, and was the most expressive in the manner of her questioning.”

However, Henry Hall, the presiding justice – appointed by Pete Wilson a moderate Republican, asked questions to both sides, but was harder on ARB than the petitioners. One particularly revealing quote from Justice Hall was as follows:

“Candidly, I have a hard time seeing the relationship between billions of dollars (generated in auction revenue) and the cost of the program. Unless you define the program in a very broad way.”

In all, he seems to be leaning towards the petitioners, which likely gives Kathleen Butts, appointed by Gov. Gray Davis – a moderate democrat, the casting vote. Our ‘man in the Courtroom’ believed her to be “less active in her questioning, although her input did suggest a marginal leaning towards ARB”.

However, as Nico explained “perhaps the most important question of the day, was the one never asked”. Notably there were no queries following from the ‘notorious’ question seven in the call for written submissions, asking for alternative measures to Cap-and-Trade if the Court ruled against ARB. This might be indicative of the Justices being satisfied with the written or response, or it could demonstrate how already they are not considering this option.

In summary, “based on all of this evidence, ARB probably felt pretty confident at the end of the day.”

In a more detailed sense, the issue largely revolves around whether it is right to apply here the Sinclair Paint framework for evaluating whether a program violates Proposition 13 (i.e. taxes must be backed by a 2/3rds majority in the Legislature). In fewer words, is it a tax, or is it a fee, or something else?

It is generally agreed by all parties that there is no other case law available for this, and this complicates the issue, as Nico explained:

“The court is faced with three bad options:

One, hold it as an illegal tax, and kill the entire program. This would take immense courage on the court’s part to strike down a program the State has so heavily invested in.

Two, apply the Sinclair Paint framework, and so it isn’t a tax, it is a valid fee. This was a difficult ruling taken by the trial court. It opens up auctions more generally as a mass-revenue collecting mechanism, without stipulating that revenue is spent providing a direct and related service in return.

Three, it is neither a tax nor a fee, it is something different. And this court must therefore create new law; justices on an intermediate appellate court will be naturally reluctant to do that – they would much rather seek the protection of precedent.

None of these options are attractive – but we are encouraging them to take that third approach.”

Reading the proverbial tea-leaves, the fact Justice Duerte asked: “well what if it is neither?” – is certainly an indication of her leaning towards this third direction. For Justice Hall, and Justice Butts to a lesser degree, the question of whether purchases of allowances are voluntary seemed to present the largest obstacle.

ARB’s given answer to this is in the variety of compliance options offered: you can purchase allowances – from other private individuals as well as the state, you can use offsets in part, or you can reduce facility emissions directly. Time will tell if this is sufficient for the two senior judges.

Jon Costantino opined how if a positive ruling is given resting on the basis of compliance alternatives – this could have the unintended consequence of helping to secure the future of offsets in California. Since they provide a part alternative, this augments the case that allowance purchases are voluntary. This would in turn make ARB less willing, and even less able, to reduce or scrap offset usage in California.

Perhaps the only probable outcome from this Court’s decision is that the case will be passed upwards to the State’s Supreme Court. Either side is set to appeal in case of loss, and the Supreme Court would be highly likely to take the case given the importance of what is at stake. Moreover, a defeated ARB would petition for a ‘stay pending’ review to protect the program whilst the case is ongoing, EPA’s Clean Power Plan now sets a strong precedent in this regard.

Ultimately though, CC.info analysts agree with Nico’s belief that the final resolution is likely to come from the legislature. The placeholder bill AB 151 is already positioned for this function. And as Costantino noted: one of the authors is Assemblyman Jim Cooper, leader of the caucus of moderate democrats. This is precisely the group that the party need on-side to pass the bill with the required super-majority. In sum, there is a better chance than previously, but tea leaves will always paint a vague future.